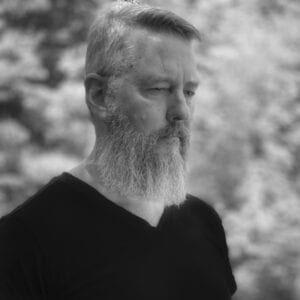 They say time flies when you’re having fun, which may explain why thirty years in the IT industry has gone by so fast. I wasn’t necessarily aiming for a career in IT; so much that we take for granted today didn’t even exist 30 years ago! I just kind of…fell into it. I got a job that involved using a PC way back in the late 80’s (a 286 with very little RAM, for you other old folks!); I was curious, so I read up on these things, and next thing you know…I was hooked.

I found that I had a knack for software, almost intuitively gasping how it worked. In 1990, I took on my first IT job for a computer reseller in Montreal, but what he needed was a network engineer. I knew nothing about networks: Ethernet, Token Ring, IPX/SPX, TCP/IP, NetWare…all of these were foreign to me. But I dug in, studied, and obtained my CNE (Certified NetWare Engineer) pretty quickly. Turns out I was good with network operating systems as well, and soon customers started asking for me.

A few years later I ended up going it alone as a consultant. So here was another new adventure: I had never expected to be in business for myself. But opportunities ramped up, and soon I was very busy. I partnered up with another CNE, and we started growing. Like many partnerships, after a few years we had differences in our visions, and we parted ways; I bought him out a kept growing the team.

Like many businesses, there were ups and downs. Since I didn’t have any formal business training, I had to learn along the way. I had some great mentors and coaches, but in 2016 I hit a “down” that I couldn’t recover from and closed the company.

I worked for a few years for one of my mentors, someone I’d already known for about 25+ years. There, I learned a lot more about running a business; more than once, I slapped my forehead and thought, “Wish I would’ve known that earlier!” However, I’m a firm believer that there is no such thing as failure; you simply learn how not to do things!

After a short stint in Ireland in the first half of 2020, I came back to Canada, hoping to find a role with an IT service provider, but two things happened: 1) I didn’t get the role I was expecting, and 2) opportunities started presenting themselves to me. So here I am again: working as a consultant and loving it!

The intent was to focus on cybersecurity audits for small- to medium-sized businesses, but referrals from my old friend and mentor, and others, have got me working not just on cybersecurity projects, but all sorts of things involving business administration, sales & marketing, product management, and the other myriad hats involved with business. It would appear that throughout my journey, I learned important lessons about entrepreneurship: on how to do things, how not to do other things, and that all this accumulated knowledge and wisdom has value enough for people to engage my services.

And there’s nothing I love better than helping other entrepreneurs! With age also comes another trait: honesty – at this stage of my career, I am having no problems being absolutely forthright with customers. As it turns out, most prefer paying me to hear honest opinions rather than what I think they want to hear (or, as I often confirm before discussing something with them, “Do you want me to be honest or polite?”).

A Note on the Nautical Theme

If you’ve been perusing the site, you may have noticed a somewhat nautical theme: sextants, compasses, old maps, ship’s wheels, etc. What do any of those elements have to do with cybersecurity, IT, or business?

Essentially, all of these things have helped people navigate their ships to their proper destination. Sextants were used to determine where the ship was, the compass helps the captain ensure that he’s heading in the right direction, the maps to plot his course, and the wheel to turn the ship towards the desired destination.

All of these elements, in my opinion, are perfect metaphors for the entrepreneur and the responsibilities of running a business. 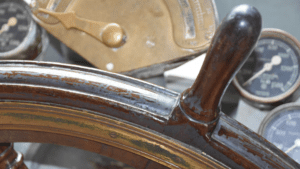